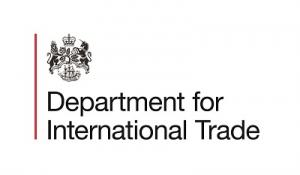 The Department for International Trade has announced a new package of measures to support the UK's creative industries.

The creative industries will benefit from government support thanks to a new package of measures announced at an event hosted by the Department for International Trade (DIT) on Monday 20th September.

The event brought together business leaders from the UK’s creative industries – TV and Film, Music, Publishing, Fashion, Gaming, Advertising, and Immersive Technology - to celebrate their export success and encourage more businesses in these fields to take advantage of the opportunities to sell their world class goods and services globally.

It is part of DIT’s new “Made in Britain, Sold to the World” campaign, that provides practical export help and encourages the nation to take pride in our exporters.

The package of support announced includes £330,000 worth of funding for the music industry via the Music Export Growth Scheme (MEGS) in joint partnership with DCMS and the International Showcase Fund (ISF).

The event also saw the launch of our new exporting research for the museum sector, being published to help UK suppliers of museum-related products export to new markets. Alongside this, Chief Executive of the British Fashion Council, Caroline Rush, has been appointed as the new Chair to head up the Creative Industries Trade and Investment Board (CITIB).

From fashion to film, the UK is home to some of the world’s leading creative talent, exporting £37.9 billion in 2019. With global demand increasing, our creative industries are one of the UK’s export success stories.

Minister for Exports Mike Freer said:
The UK’s creative industries are a force to be reckoned with. We create, write, produce and code amazing products, and sell them to the world. The nation can be proud of our creative industries exporters, and the jobs they create in our economy.

Along with the trade deals we’re striking, we are committed to helping our creative businesses fulfil their potential on the world stage, fuelling sustainable growth for British businesses and creating new jobs in every region and nation of the UK.

The UK is the second largest exporter of music in the world and exports reached a record high last year, up 6% to £519.7mcompared to 2019. The announcement will support artists like The Orielles who have benefited from government funding.

Esmé Dee Hand-Halford, member of The Orielles said:
MEGS turned our dream of performing in America into a reality. As a band on an indie label in the UK, we could never have funded this trip ourselves.

MEGS removed the stress of funding an expensive US tour, so we could concentrate on playing to new audiences internationally. We are very grateful to the scheme to enable independent acts such as ourselves, and giving musicians the opportunity, to promote their music overseas”.

The announcement complements the wide range of export support provided to businesses at great.gov.uk. Exports generated by creative industries’ services were worth £37.9 billion in 2019 - nearly 12 % of total UK service exports.

Demand internationally is growing for UK products, particularly in Asia with the region set to be home to the 66% of the global middle classes by 2030, hungry for high quality British goods and services.

DIT has an array of existing support for budding exporters, who supported 6.5 million jobs across the UK in 2016. DIT is developing an ambitious cross-government Export Strategy to drive an economic recovery and level up the entire country, which will be published later this year.

Exports contribute billions into the UK economy, supporting millions of jobs and providing sustainable growth for thousands of businesses.