River regeneration – an economic opportunity not to be missed 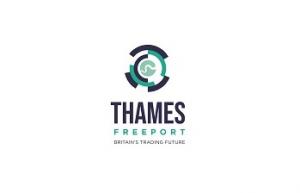 “Regeneration through job creation” is the vision for a Thames Freeport being unveiled today.

DP World and Forth Ports are bidding for a Thames Freeport, with London Gateway, the Port of Tilbury and Ford’s Dagenham engine plant at its heart – highlighting the role of the River Thames in a prosperous, global Britain.

This comes after decades of Government initiatives targeting growth and regeneration across the largest development area in the UK, the Thames Gateway.

Now is the time to use the freeport policy’s special economic measures to turbocharge the best of the private sector to level up the left behind communities along the estuary.

Our Thurrock-based freeport will deliver dispersed wealth, just as the old Port of London did in the past.

Parts of the estuary are in desperate need of this support.

Thurrock is among the country’s top 25 most skills-deprived areas and the neighbourhoods surrounding Tilbury are amongst the top 10% of overall deprivation.

Barking and Dagenham is ranked in the top five local authorities for deprivation – the borough’s unemployment rate is 74% higher than the national average.

Initial modelling suggests that a freeport will unlock more than 20,000 new, better paid jobs and many more through local supply chains, while securing over £400 million in port infrastructure, which will lead to a doubling of port capacity.

The pandemic shockwaves continue to reverberate and have brought every element of the economy into stark focus.

Our proposal will re-connect Britain’s biggest market with its industrial engine.

A Thames Freeport will be a magnet for new investment, jobs, skills development and the adoption of greener technology.

This will drive innovation and transformational productivity gains by turbocharging regional clusters in next generation logistics, automation, clean energy, and advanced manufacturing centred around two global hubs – London Gateway and Tilbury – supporting regeneration in Thurrock and economic growth across the Thames Estuary.

The zone will be a catalyst for commerce, creativity and prosperity.

For example, Ford plans to build on its advanced technology capabilities to electrify, connect and automate vehicle
solutions in-and-around the freeport to reduce pollution and ease congestion.

More than ever, size matters for UK plc.

With almost 1,000 acres of land ready for development – much with planning consent secured – no other port cluster in the south of England can come close to matching our offer to deliver meaningful economic change and linked community benefits in the lifetime of this Parliament.

Our speed of delivery is matched by our global connectivity, with direct shipping routes to every continent for exporters to get their goods to market at speed.

The freeport will link sites along the estuary to the heart of the largest market in Europe via operational wharves helping to reshape urban logistics, alleviating road congestion, and reducing pollution along the A13 corridor.

This is where road and river dovetail – seamless integration of global freight into local supply chains – as Ford builds on its advanced technology capabilities to electrify, connect and automate vehicle solutions in-and-around the freeport.

The freeport will be key to catalysing the Thames’ net zero transformation, including the promotion of investments in clean energy generation, such as hydrogen fuel production, storage and fuelling infrastructure.

This is not uncharted territory, freeports are in our DNA.

DP World began as a free trade zone in Jebel Ali, while Tilbury was a freeport until 2012.

Harnessing our customs expertise, we intend to link the Thames’ trade hubs and manufacturing sites using our track-and-trace technology.

This tried-and-tested system will provide a viable technology platform to ensure the freeports policy is a success at ports across the country.

The Thames Freeport will be a new centre of excellence for the country as we electrify, automate and digitise our future.

We are confident we can replicate that success today to boost the economic prospects of global Britain.

The Thames has historically been a trading and industrial powerhouse, serving the whole UK.

A Thames Freeport will draw on this proud history and established expertise as the catalyst for a green revolution founded on new technology and new trading links, bringing new skills to communities otherwise left behind.